KTD Math will be learning a card game called SET.  SET builds cognitive, logical and spatial reasoning skills as well as visual perception skills while playing a game! Because it has a rule of logic (three cards that are all the same or all different in each individual feature), and because players must apply this rule to the spatial array of patterns all at once, they must use both left brain and right brain thought processes. This fun game actually exercises your brain! https://www.setgame.com/set/puzzle
I copied this description directly from the SET website.

KTD Literacy will be reading the 1948 Caldecott winning picture book The Little House.  We will focus on how ideas develop and interact over the course of the text.

1TD will spend the week looking at picture books that explore the diversity of different cultures we have in our community.  The students will be looking for similar themes in the books and discuss how our differences make us a stronger school community.  These are just three of the books that will be in the hands of the kids next week.
2TD blew me away last week with their work on their own version of A Giraffe and a Half. The creative thinking and collaboration on display was impressive.  We will be writing the final copies of their stories next week, and thanks to Caleb's idea, I'll be making copies for everyone to bring home.

3PA just learned that the citizens of Grandville are going to be moving.  We also learned what the title of the novel means, Lisa is actually going to own a city.  A city in a castle called Glenbard.  The characters in the book are moving into my old high school, Glenbard West.  We will be reading and developing our own plans for a place to relocate in the Brookdale area that would be able to accommodate the "child families" from Brookdale.
4PA has until Friday to complete their essay on The Secret Garden.  The students had a choice between four comprehensive questions about the novel.  Their work should include many examples taken directly from the text to support their opinions.  During our time together, we will be watching the Francis Ford Coppola film of the book. We will use the film to have a Socratic Seminar comparing the novel to the film.  Which was more engaging?  Was the book better than the movie?
5PA will continue to find examples of sentences written by Ray Bradbury that illustrate his ability to draw a reader into his stories.  Students will also be looking at other writer's works to extract sentences that highlight their craft.  Is Bradbury special, or do all writers use the types of structure that he has mastered?  The kids are writing examples on note cards for a lesson in a few weeks, something I've never tried before, a Socratic Seminar Tug of War. It should be interesting. We will also begin reading two different novels written in Verse.  The Crossover by Kwame Alexander and Brown Girl Dreaming by Jacqueline Woodson.  Both are Newbery winners and are magical to read.  There will be ongoing conversations about the differences between prose and verse, novel structure, and commonalities between the two novels.
at October 26, 2018
Email ThisBlogThis!Share to TwitterShare to FacebookShare to Pinterest
Newer Posts Older Posts Home
Subscribe to: Posts (Atom)

Talent Development for the Week of 9-27

Letters were given to a small group of K-2 students on Friday who will be in the first small group Talent Development class. The students ... 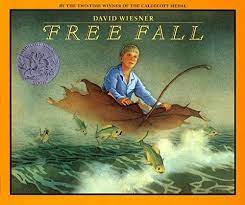